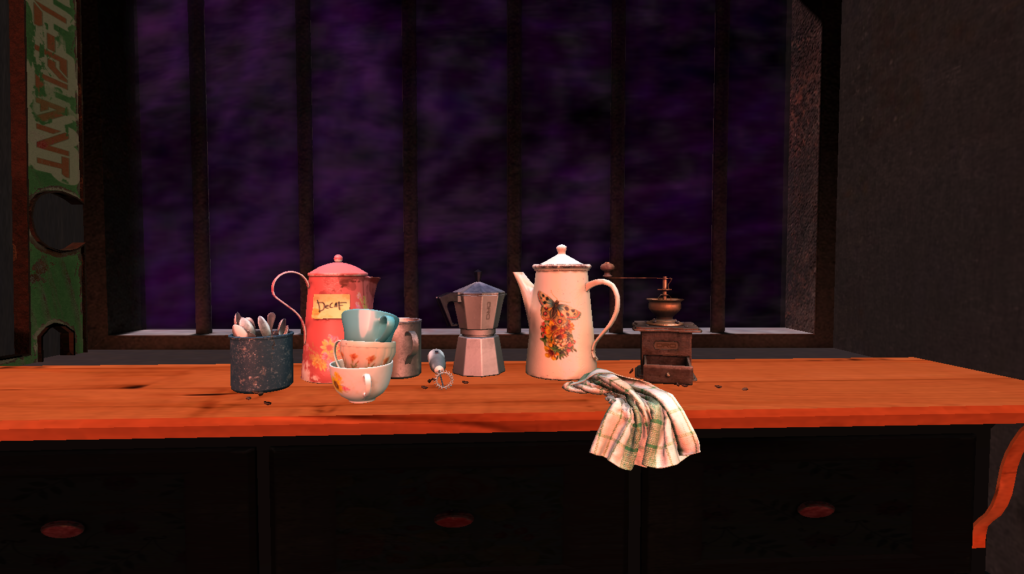 I’m in the thick of the creation process for my latest project, Storytelling From VR–a series of media pieces and online events that feature my fiction writing. I’ve merged two elements of my work life–writing fiction and Virtual Reality–to create this multi-layered project. I’ve been working in multiple VR spaces at once–Second Life, NEOS VR, and VR Chat–to build all the elements for new machinimas and experiences that tell my stories. I’m even toying with the idea of a World of Warcraft based event…..

I’ve been collaborating with the incomparable Fau Ferdinand/Yael Gilks on the design of the sets and characters; as well as working with the super talented avatar builder, Ultranique, on creating a new custom avatar for the live events in VR. Storytelling From VR has been generously funded by the Canada Council for the Arts | Conseil des artes du Canada

Equally as exciting: my first short story collection has been picked up by House of Zolo and will be released later this year. Storytelling From VR features a number of stories from this upcoming collection, including two that were recently released in Edge: Three Short Stories.

Stay tuned – updates on the new project and the new book (!!!) will be happening here and on my social media feeds in the coming weeks and months.