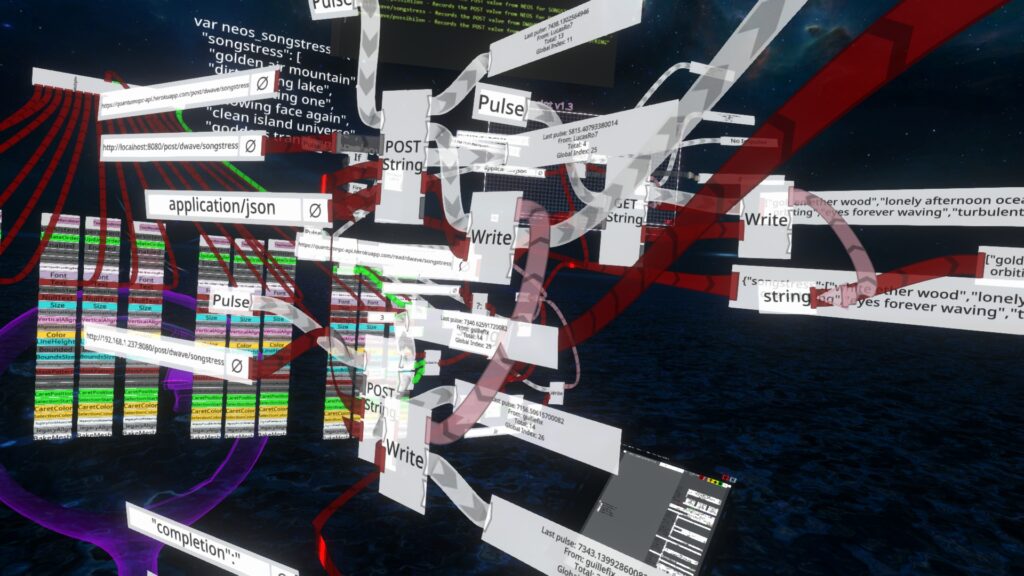 Over the last many months I’ve been working with teams of programmers to create another unique virtual artist (See Whale Watching in VR for documentation of my first virtual artist beings). This time I have created a virtual Poet NPC (Non-Player Character) inside of NEOS VR who think using a combination of technologies, including a quantum computer. This week, after months of challenging work, I tested the quantum programming for the first time.

The Process
My virtual poet writes poetry in the style of my own lyrics. Users create short phrases by making choices on a dropdown interface. The phrases are sent to D-Wave’s Quantum computer to be sorted. The QPU determines the line of lyric that best matches the input from the user. Then, using AI and machine learning programs, including TensorFlow and GPT-3, the Interface uses that best line of lyric as a prompt to create a new, original poem. This poem is then sent back into the VR NEOS environment where it is presented to the user as a piece of text and a piece of audio. 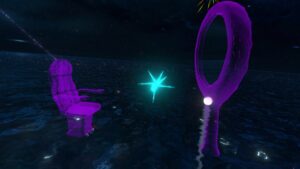 Another Historic First
This week we tested my poet interface and had the first successful experiments. This is the first time a virtual entity inside of a social VR world has been hooked up to a quantum computer. Once the quantum server was delivering results, we added the AI components and the interface began delivering new poetry into NEOS VR. While the results have been mixed, we continue to refine the programming and often have surprisingly relevant, and even sometimes beautiful, poetry appear in the VR world. 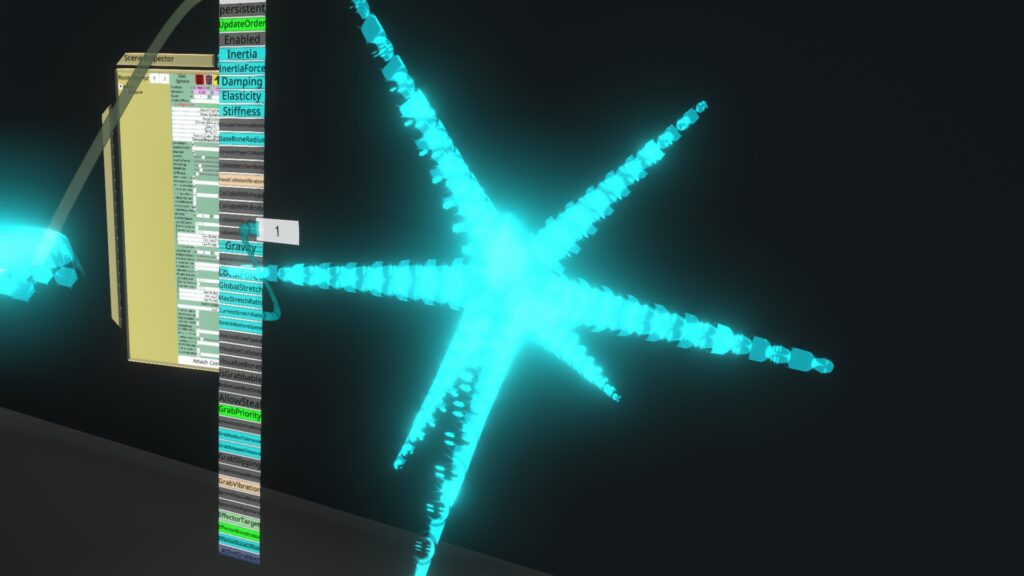 all along the shoreline
of the lake of my body
are the things i have lost
or given away
in my life—the rocks
i lifted and let fall
into the water,
the words
i couldn’t say
in time—
and now
there is only silence
and the moonlight
on the water 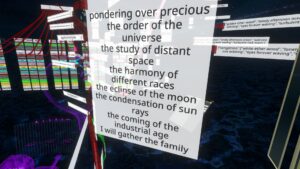 Live presentations are coming in December in NEOS VR and via live streams and other portals. I’ve been working with Alex Khan on the programming for the Quantum Computer, and have been collaborating since the beginning with Alex Khan, and Jeffrey Cohen, of Chicago Quantum.

Quantum NPCS in NEOS VR is a project of the Black Bag Media Collective and has been made possible thanks to the support of the Canada Council for the Arts | Conseil des artes du Canada.