They gave me an ECMA. Not only that – it’s the ECMA named in honour of Stompin’ Tom Connors. Pretty cool.

At my very first EMCAs, twenty years ago, I met Stompin’ Tom in person. Me and the band pretty much banged into him in an elevator at the host hotel in Halifax. On the ride up we had a conversation about music, I do not recall what about exactly, just that at the end, as we were getting out the elevator, he told us to “Keep on stompin’!!” 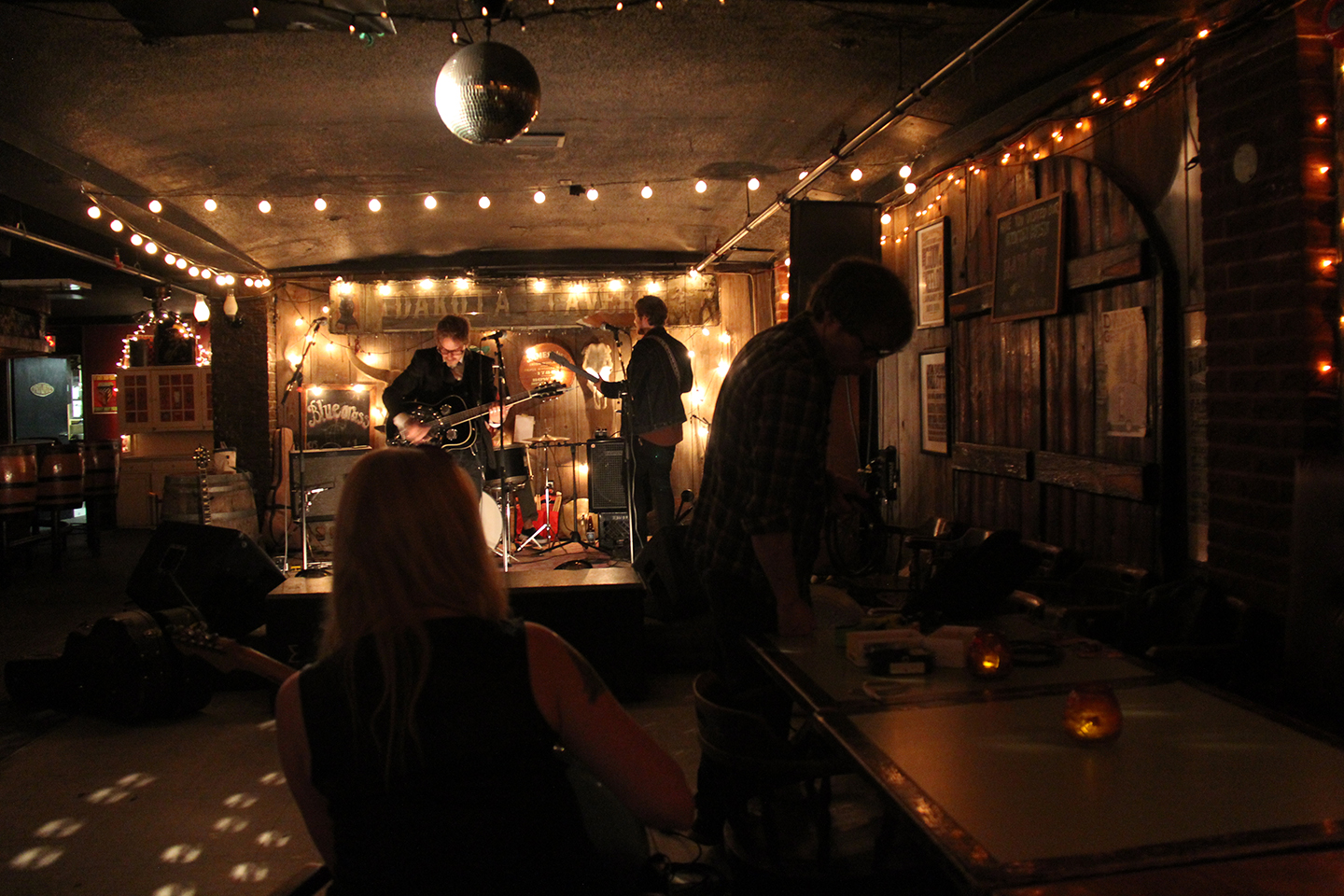 I was in the middle of a project during the ECMA ceremonies this year so couldn’t be there in person. A couple of months later my bestie and collaborator Colleen Power came to Toronto to play some shows with our band The Sauce. We opened for Joel Hynes and his band as they released Joel’s latest recording Dead Man’s Melody.

Colleen transported my EMCA to Toronto in her handbag and presented it to me during our set at the Dakota Tavern. Later on, after a celebratory feast, we sat by the fire and recorded an interview for CHMR FM. 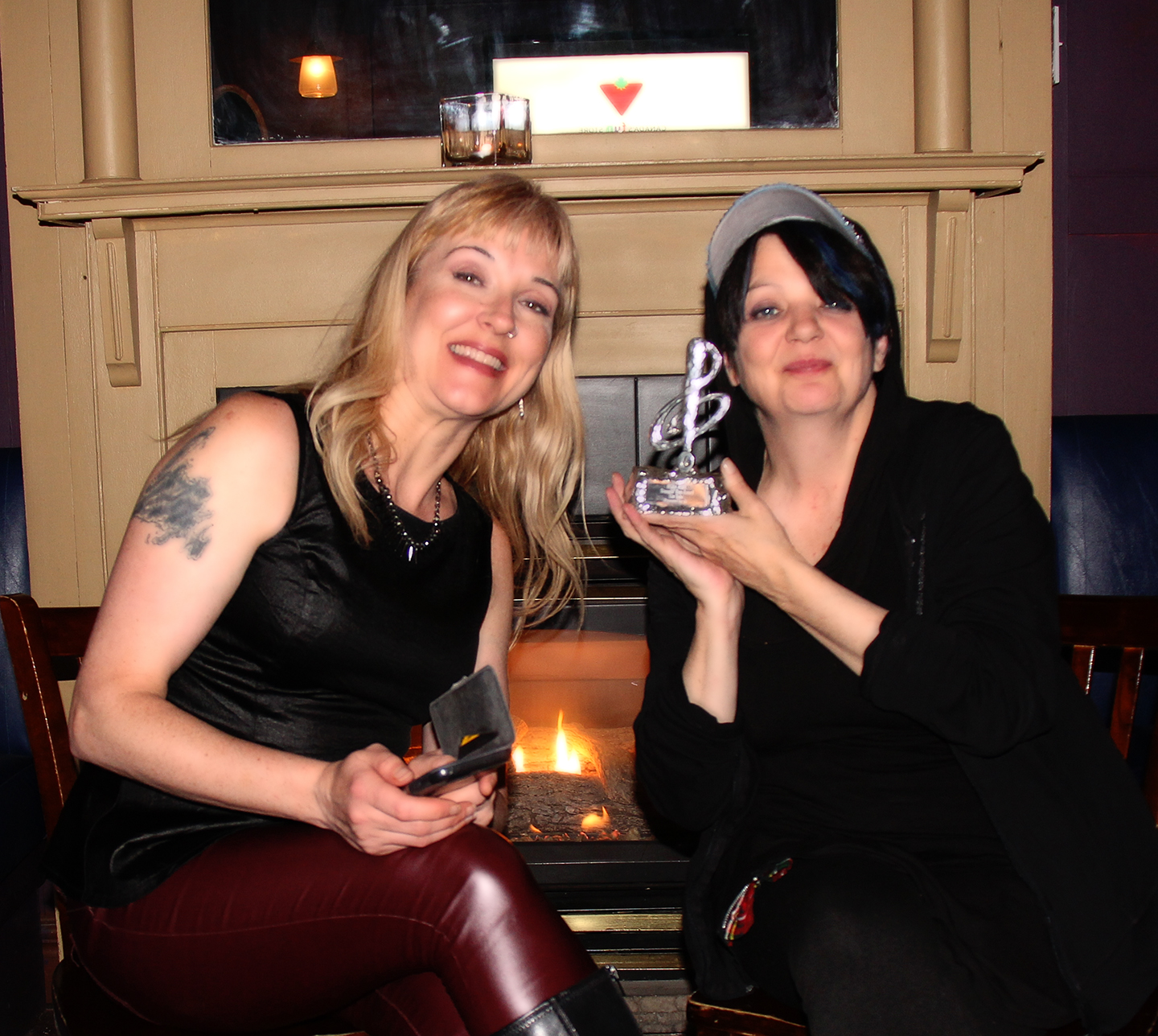