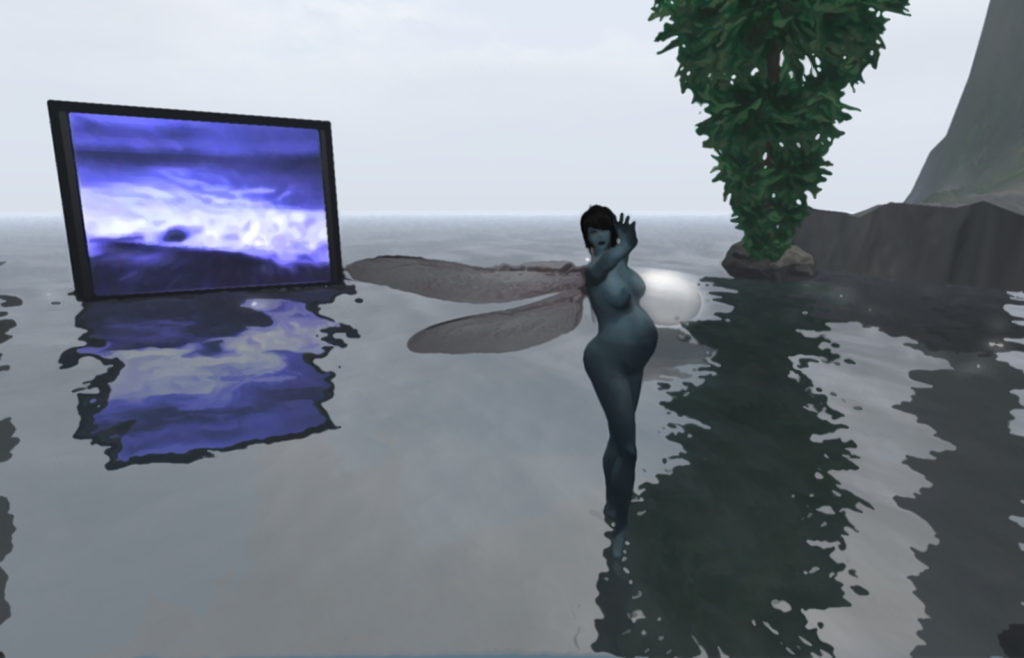 In this project Liz Solo’s avatar experiences virtual pregnancy and childbirth in the online world of Second Life. While sleeping in her virtual bed on Odyssey Island Liz Solo’s avatar was abducted by aliens and impregnated by their technology. Subsequent ultra sounds revealed that she was carrying multiples! After exploring the clinics and pregnancy packages offered by various establishments in the virtual world, Liz Solo decided on a home birth. She relied on support and coaching from her friends Second Front and Avatar Orchestra Metaverse during the labor and delivery of her many virtual children – at home.

This popular project has enjoyed many presentations in the form of performances, concerts and demonstrations, often with the participation of with the Avatar Orchestra Metaverse and/or the Second Front. Liz Solo constructed a series of four virtual musical instruments that became a part of the soundscore to the project. Here is a recording made with these instruments – Birth – a collaborative composition with Tina Pearson/Humming Pera. Recording by Adreas Mueller/Bingo Onomatopoeia.

Music and machinima from Alien Birth’s many presentations have also become a part of the machinima Machine I Am and are featured in the online gallery exhibit Nature. Here is an excerpt from Machine I Am featuring a footage from a birthing experiment with The Second Front. Virtual instruments score.

Live Home Alien Birth was developed with the support of the The Black Bag Media Collective. Travel related to the project was funded by the Newfoundland and Labrador Arts Council and the Canada Council for the Arts, Media Arts Office.